According bitsandchips, anonymous sources revealed to them that AMD would only manufacture 8 cores CPUs in AMD Zen lineup, or at least initially. This strategy would help AMD to save money, since it limits the company to design a single Die. From these 8-core processors, AMD could also market 6-core CPUs, and all with different variants (different frequencies and with / without SMT – the AMD – HyperThreading).

AMD Zen: Red Team would only manufacture 8-Core CPUs to save money

You Might Like: AMD to ship first batch of new Zen chips to key customers this quarter

In more rare cases, we could meet AMD Zen quad core CPU for OEM / ODM market. AMD will commercialize Bristol Ridge APUs with 2 and 4 x64 cores as entry level CPUs, where we could also meet processors without integrated graphics. Thus, Summit Ridge (manufactured on 14nm process node) will remain as the platform of high – performance focused on attacking the Intel’s leadership and to achieve this objective they should make a large – scale attack. So we are waiting to see how AMD will lead its strategies.

According to rumors, the company is reportedly sampling Zen chips to a few select customers as soon as this quarter. A processor equipped with 8 physical cores and 16 logical with a TDP of only 95W. The performance of each Zen core would be same as Intel Broadwell, although still Skylake is leading, but thanks to its manufacturing 14nm process which will help new architecture to maintain extra efficiency in terms of power consumption, so we can say that its direct competitor Intel Core i7-5960X (8- core CPU) would perform slower with a TDP of  140W. 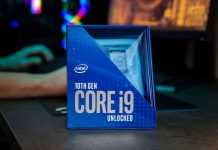