A user on Reddit forum posted something interesting, an unknown AMD Ryzen CPU available for Pre-Order sold through the official channel of the AMD  Shanghai on Taobao.

AMD Ryzen CPUs May Roll Out This Month 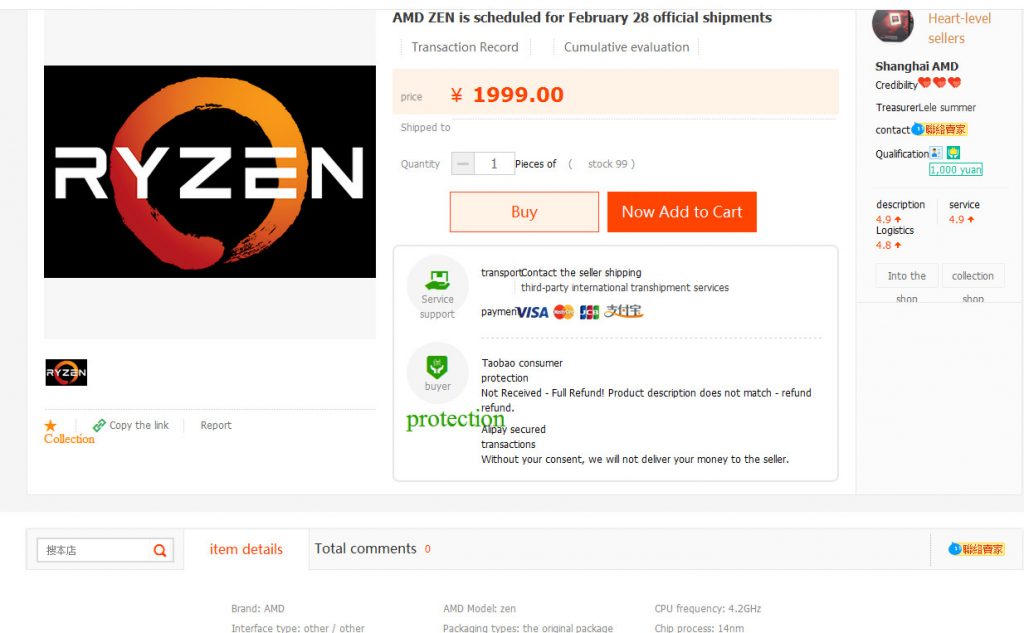 The specifications of the CPU are unknown, we only know that manufacturing process is 14nm, the base CPU frequency reads 4.2 GHz, at a price of at ¥1999.00 (around $295), very bad price if we are talking about a CPU with 4 or 6 cores, but rather good if 8 – core, as long as it outperform Intel Quad-Core processor.

At CES 2017, AMD showcased the performance of an engineering sample of AMD Ryzen 8-Core processor with 3.6 GHz base frequency and 3.9 GHz boost, so it is certainly conceivable that newer, release steppings have bumped the frequencies to 3.9 GHz/4.2 GHz respectively.

It is expected that the shipments will begin on the Febuary 28 of AMD Ryzen family, made up of models with 4, 6 and 8 cores, SMT enabled (the simile of HyperThreading) and also all models will be unlocked to be friendly to Overclockers.