Today we have leaked details on the whole lineup of AMD next-Gen Ryzen CPUs, the whole family consists of  17 CPUs divided into 3 segments under the name: R7, R5 and R3, obviously an allusion comparable to the Intel Core i7, Core i5 and Core i3, a pretty good move that allows any user of AMD to simply by the name used to know what would be your competitor on the blue side.

In AMD R5 range, where we have four processors with 6 physical cores and 12 logical that compete with Intel Core i5-7500, i5-7600 and i5-7600K of Intel Kaby Lake top CPU within the Range of Intel. Processors with the “Pro” could be the APUs with integrated graphics, but for now, there is no information on it.

It is also stated in the new leak that the AMD Ryzen processors will be introduced on 2nd March, 2017. 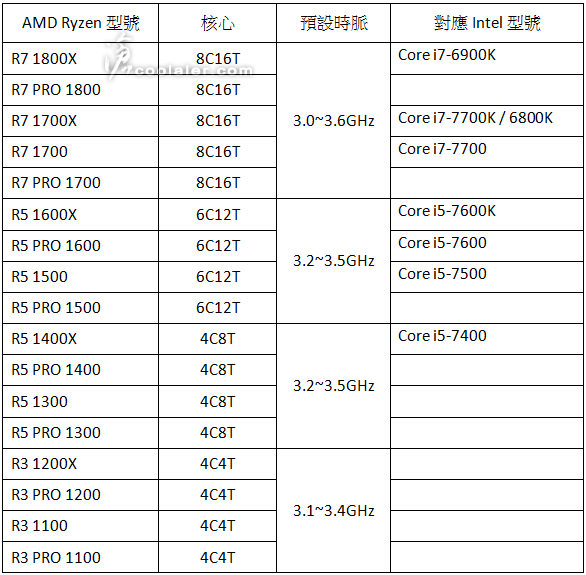