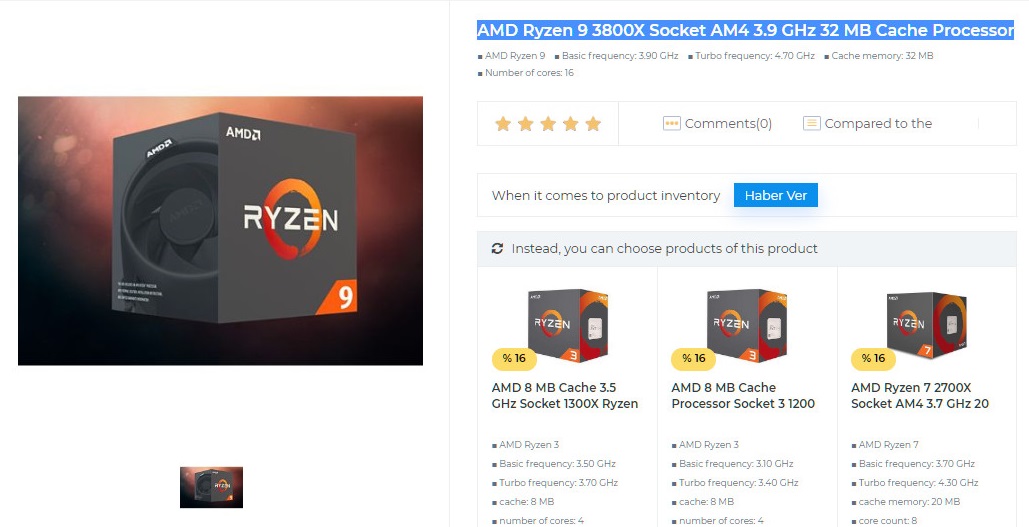 Several stores in Vietnam and Turkey have already listed several unannounced CPUs such as AMD Ryzen 9 3800X, AMD Ryzen 7 3700X and AMD Ryzen 5 3600X, all these CPUs are based on the Zen2 @ 7nm micro architecture.The most impressive part is that we also have the technical specifications of these CPUs that, if they are real. 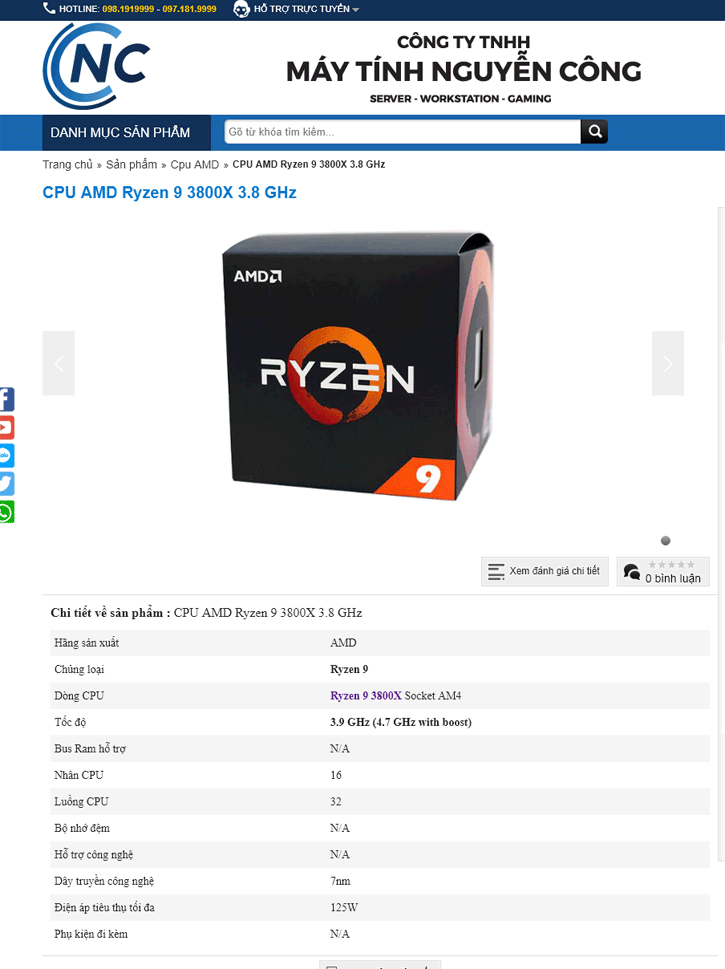 We must remember that the first rumors, from months ago, revealed us that the AMD Ryzen would reach the 16 cores, the Ryzen Threadripper the 32 cores and the EPYC 64 cores , and at least officially, the EPYC information has been fulfilled, while that AMD would now convert the 8 cores as a mid-range standard in Ryzen, and it’s not something we miss becuase AMD launched its first 8-core CPU in back 2011, in the form of AMD FX-8120 and AMD FX -8150, and since then has been offering CPUs of 2, 4, 6 and 8 cores, while Intel did not release a 6-core and 8-core CPU for consumers until 2018.

If this information is real then Intel will have very serious problems in the consumer segment, and not only that, but also in the professional and data centers, so the Threadripper would actually arrive with 32 cores @ 7nm, while the 64 EPYC cores have already demonstrated its potential against Intel.

You may check the listed processor on following links; nguyencongpc.vn, ebrarbilgisayar.com