At CES 2017, AMD demonstration system was equipped with an AMD Ryzen CPU and AMD VEGA graphics card which was running the latest DLC of Battlefront on 4K resolution / Ultra quality at stable 60 FPS. The folks over at Hardwareluxx took the opportunity and managed to get some information. Thanks to them, now we know that the AMD Ryzen processor was equipped with 8 cores and 16 processing threads, even in the case of an engineering sample, but in a more advanced state, which resulted in a high performance and increment of 200MHz compared to the sample used at AMD’s New Horizon Event. 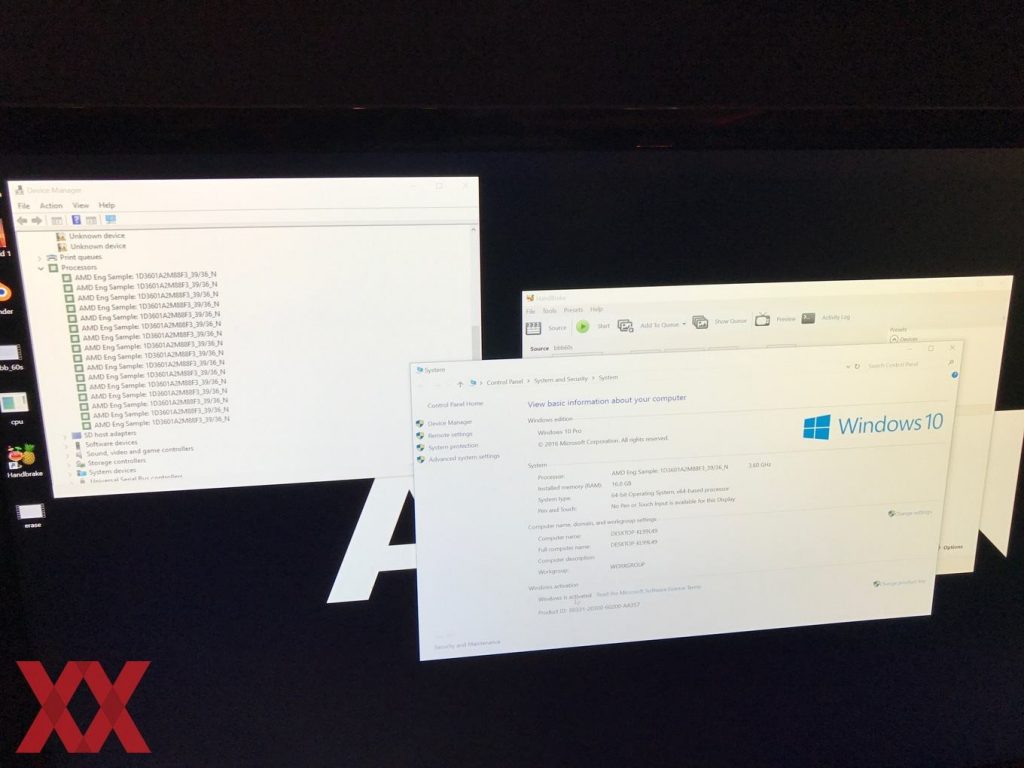 The base frequency of the AMD Ryzen processor based on Zen architecture has been increased from 3.40GHz to 3.60 GHz, while Turbo frequency reaches 3.90 GHz. We are thus confronted with a processor even faster compared to that used in the New Horizon event, which despite being slower enough managed to beat the Intel Core i7-6900K with 8 cores and 16 threads at a frequency of 3.20 / 3.70 GHz. Best of all is that there is still room for improvement, but unfortunately we are still waiting to know the exact date of presentation. It seems AMD is quickly galloping towards the finish line here, and as Lisa Su said at the New Horizon presentation, Ryzen chips can only improve until their promised launch, with an already rumored F4 stepping of the processor carrying a rounded-up, 4 GHz boost clock.