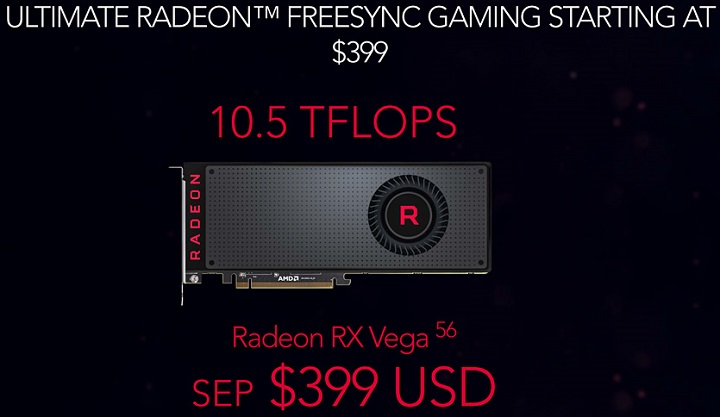 AMD Radeon RX Vega 56 graphics card is now on sale worldwide. The graphics card is based on the cut-down version of the Vega 10 GPU core with 3584 stream processors, equipped with eight gigabytes of multi-layer HBM2 memory, operating at an effective frequency of 1.6 GHz, and its recommended cost is 399 dollars.

As for the current pricing, they generally meet the recommended ones. In the US, the price of the standard Radeon RX Vega 56 graphics cards starts at $ 399, and in European stores it costs from € 409. Graphics cards based on custom cooling solution from AMD’s AIB partners will appear on the shelves within the next couple of weeks.