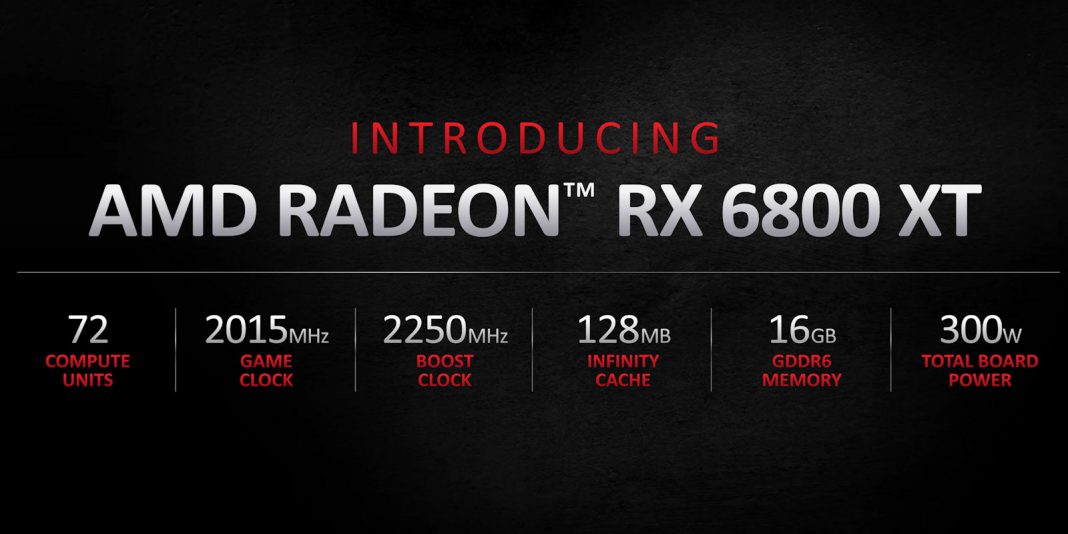 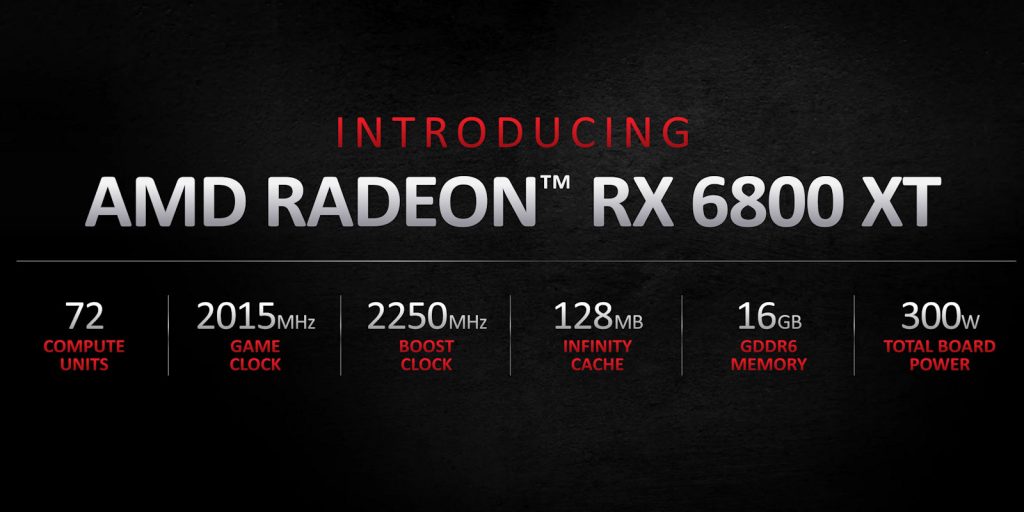 The AMD Radeon RX 6800 XT has 4608 Stream Processors under the RDNA2 architecture at a Turbo frequency of 2250 MHz maintaining the 128 MB of Inifnity Cache along with 16 GB of GDDR6 VRAM memory from AMD Radeon RX 6900 XT, and maintaining the same power consumption, which translate into 300W TBP (Total Board Power). 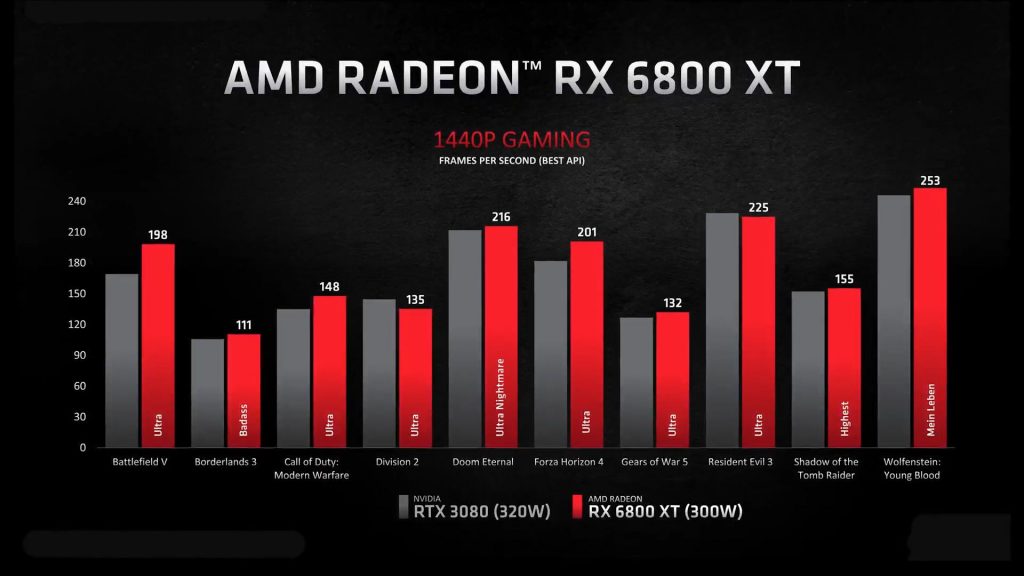 In terms of performance, the new graphics card performance is superior to an Nvidia GeForce RTX 3080 with 320W of consumption. Out of 10 games reviewed @ 1440p, 8 are won by AMD’s GPU, so it’s clear that Nvidia needs that GeForce RTX 3080 Ti to get a head start. 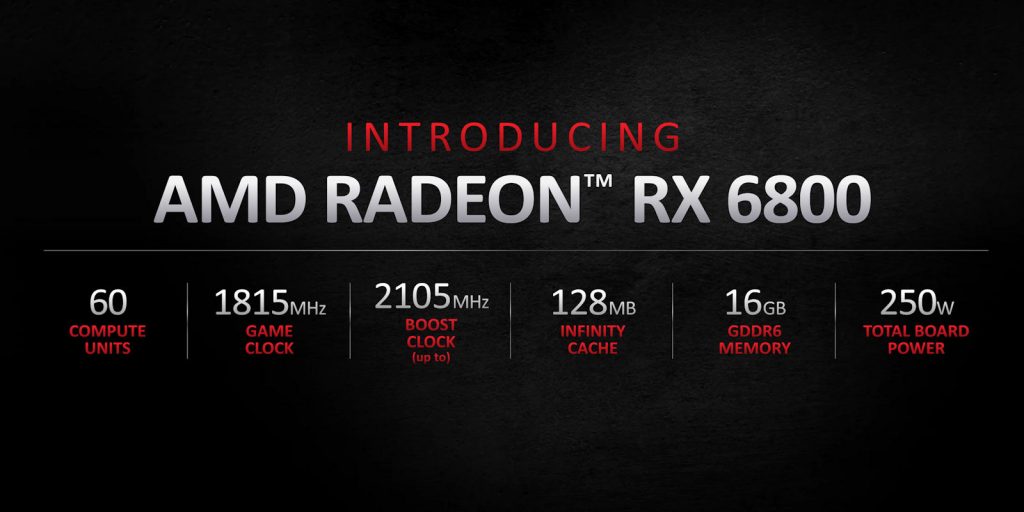 The AMD Radeon RX 6800 has 3840 Stream Processors @ 2105 MHz and maintains the rest of the characteristics except for the power consumption of 250W. 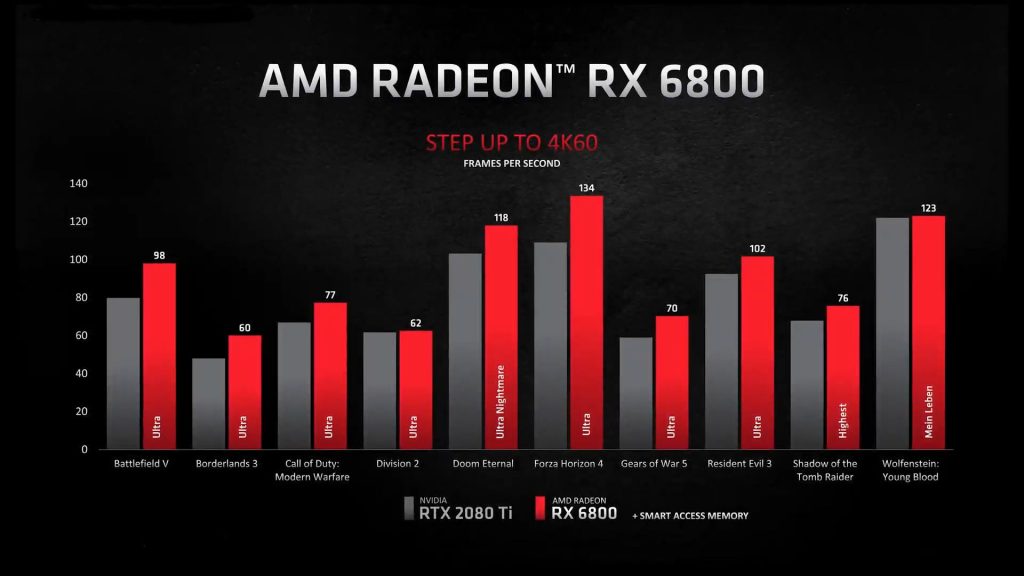 In favor, both offer 16GB of GDDR6 memory vs 8GB for the GeForce RTX 3070 and 10GB for the GeForce RTX 3080. Against, AMD did not mention a word about RayTracing, so we understand that there is no dedicated hardware for this technology or others like the Nvidia DLSS that can turn the tables, as long as the game incorporates it. In same way, AMD next-Gen GPUs will also have advantage in game that incorporates the Smart Access Memory to take advantage of the Infinity Cache.