If you have an AMD Radeon RX 460 then you’re in luck, because the Overclocker “der8auer” announced the possibility to fully unlock the Baffin PRO silicon and this translates to move from a Polaris architecture made up of 896 Stream Processors, 56 TMUs and 16 ROPs to 1024 Stream Processors and 64 TMUs, thus a gain of 128 SP’s and 8 TMU’s. In other words you are getting 10 percent performance improvement for free. 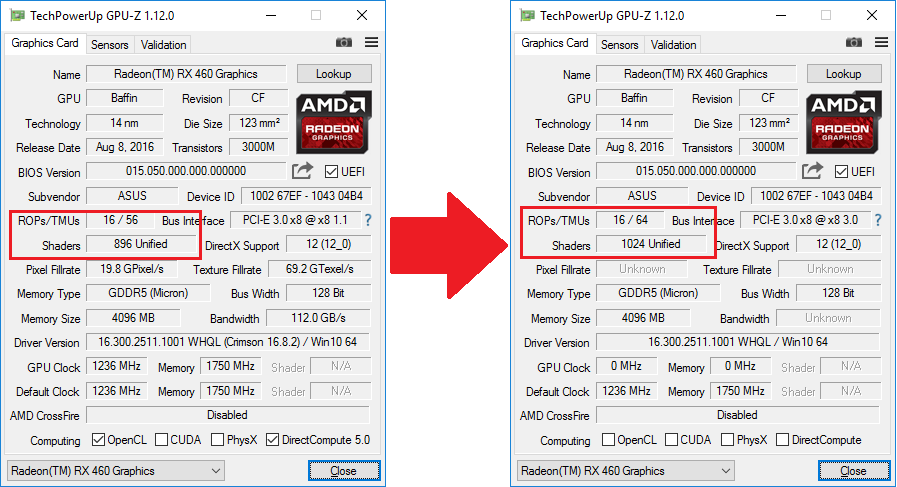 In order to get this performance improvement, you need to make changes in the BIOS. First download the GPU-Z application and saves a copy of the original BIOS of your GPU, if something happened wrong, we’d have your back covered. Then, follow the source link towards Overclocking.guide’s RX 460 tested BIOSes (currently only for the ASUS STRIX O4G and the Sapphire Nitro 4G), and download the appropriate one.

Once downloaded, you must run the file “flash unlocked BIOS.bat” “, wait 15 seconds, restart your computer, and voila, the Radeon RX 460 is now 10 percent faster at 0 cost. Obviously, power consumption will rise, but compensates for this 10% extra yield results in only 3-4W extra consumption performing almost like a GeForce GTX 1050, which is about 45 euros more expensive. The unlock is currently only tested on 4 GB versions of the RX 460, but considering the only difference stands in the VRAM, no reason should exist for those not to be (eventually) unlocked as well. 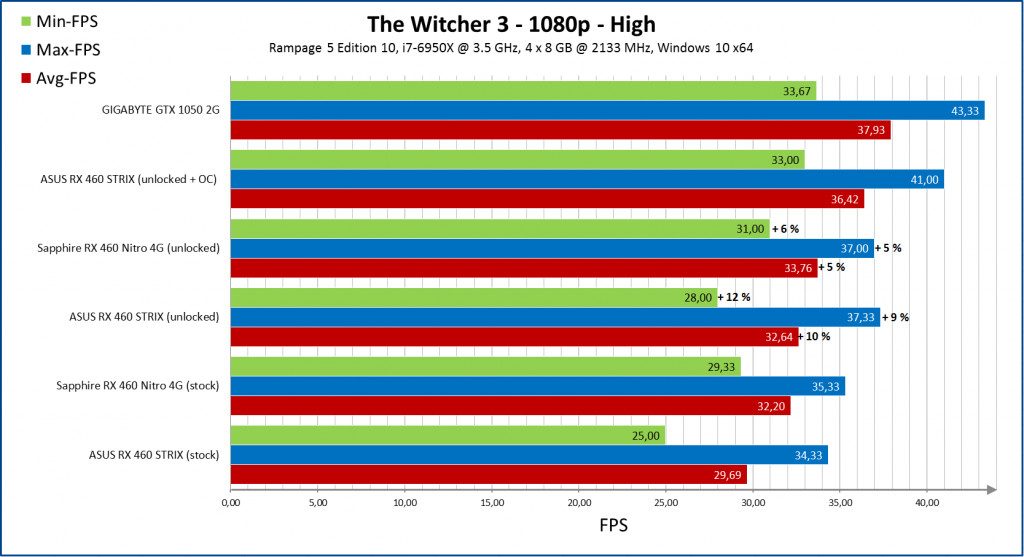 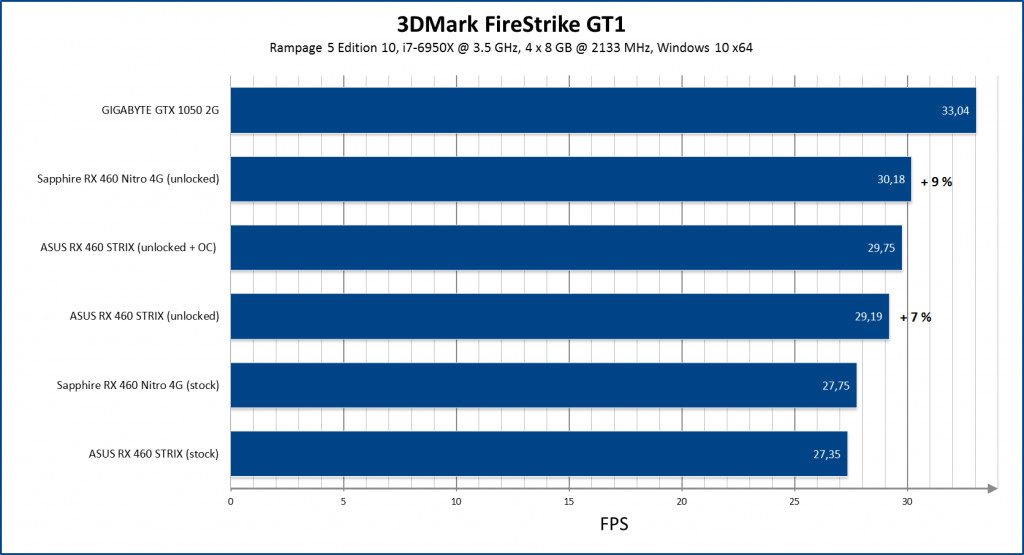 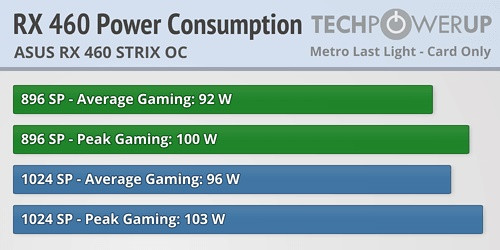