After the announcement of the new MacBook Pro 2016, now AMD officially announces the launch of the dedicated graphics cards that give life to the MacBook Pro 15. We are talking about Radeon Pro 400 series consisting of three models AMD Radeon 460 Pro, Radeon 455 Pro and Radeon Pro 450 based on the Polaris architecture manufactured on a lithograph of 14nm FinFET.

This model uses a Polaris 11 silicon with 3,000 million transistors made up of 1024 Stream Processors under the Graphics Core Next 4.0 architecture using 4 GB of memory. In terms of power it gives us a peak of 1.86 TFLOPs, a bandwidth of 80 GB / s with a lower TDP of 35W.

They share essentially almost same specifications. We are facing a Polaris 11 silicon which in respectively form, offers 768 Stream Processors @ 846 MHz and 640 Stream Processors @ 781 MHz with a yield simple floating point 1.3 to 1 TFLOPS keeping bandwidth of 80 GB / s, a lower TDP of 35W, and use 2 GB of RAM. So far these are the only details we know. 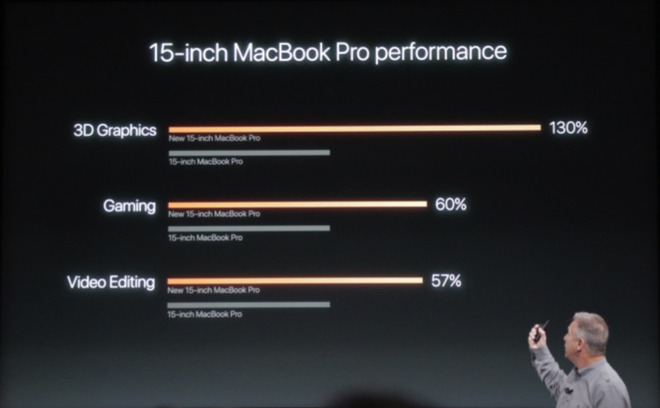