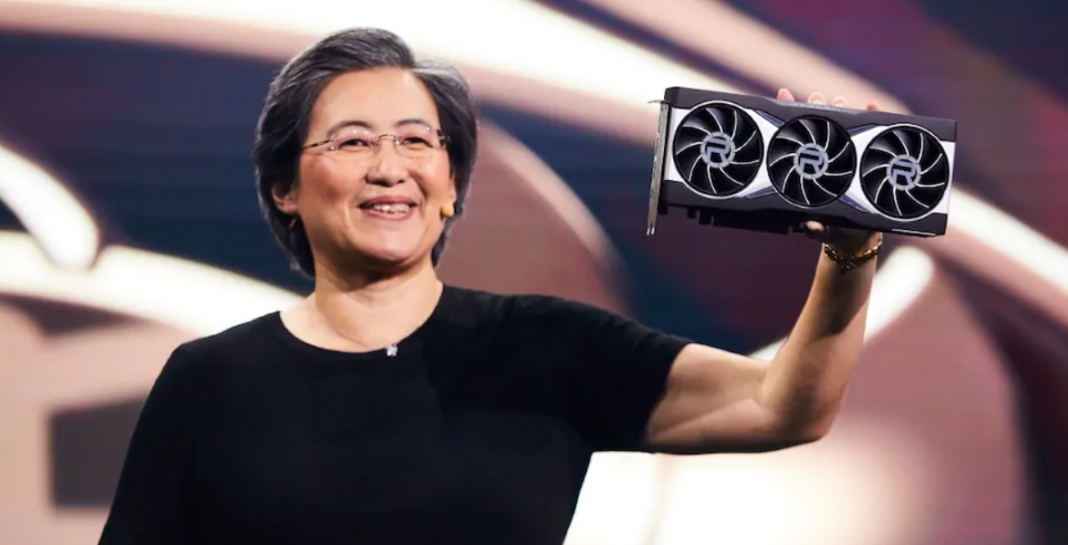 Following the announcement of the Radeon RX 6000 series, AMD continues to share information on the performance of its three new graphics cards (Radeon RX 6900 XT, Radeon RX 6800 XT and Radeon RX 6800), comparing them head-to-head at 1440p and 4K with Nvidia’s RTX 3070, 3080 and 3090, which are the three Nvidia GPUs that the red team intends to compete.

All cards were tested on the same platform, which features AMD’s Ryzen 9 5900X ‘Zen3’ CPU, 16GB of 3200Mhz RAM, and an X570 motherboard. The platform has Smart Access Memory technology enabled through BIOS with Rage 1-click overclocking not enabled. How both technologies actually affect performance relative to systems with Intel processors is not fully disclosed yet, but it is something that will logically be covered by reviewers.

Reddit user Rafe-Q took the time to collect all the data and published summary and practical comparison table, taking the RTX 3080 as a reference against other GPUs both from Nvidia and those recently announced by AMD.

As previously reported, the RX 6000 could have 33% less ray tracing performance compared to Nvidia’s RTX 3000 Series. On the other hand, while AMD has plans to launch AI-based Supersampling technology similar to Nvidia’s DLSS, there is nothing concrete for now, as no official details have been given, and it has been announced that it will not be available when new GPUs will be released.

Thanks to Twitter user @ harukaze5719, for publishing comparison charts summarizing all GPUs in 1440p and 4K. 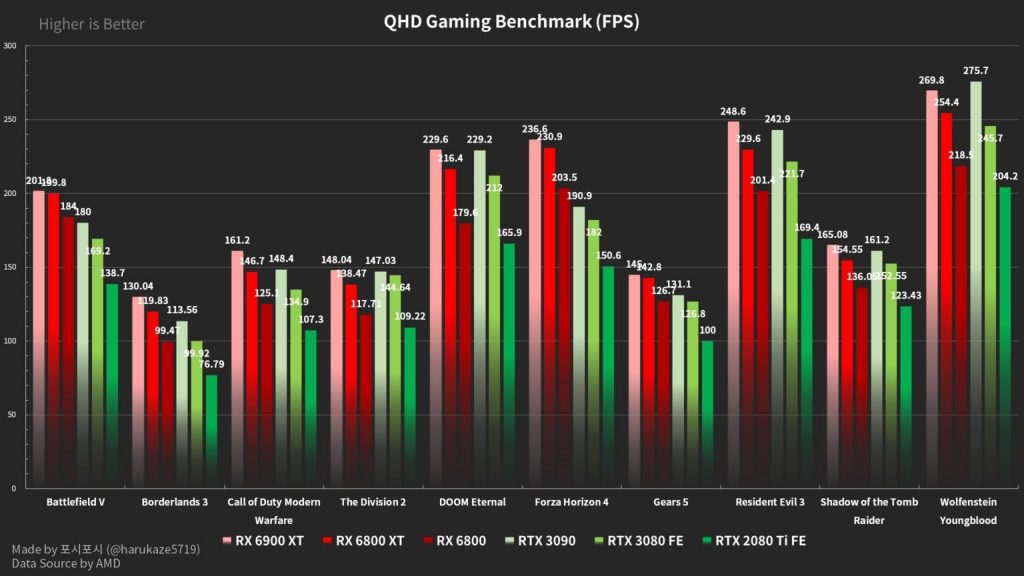 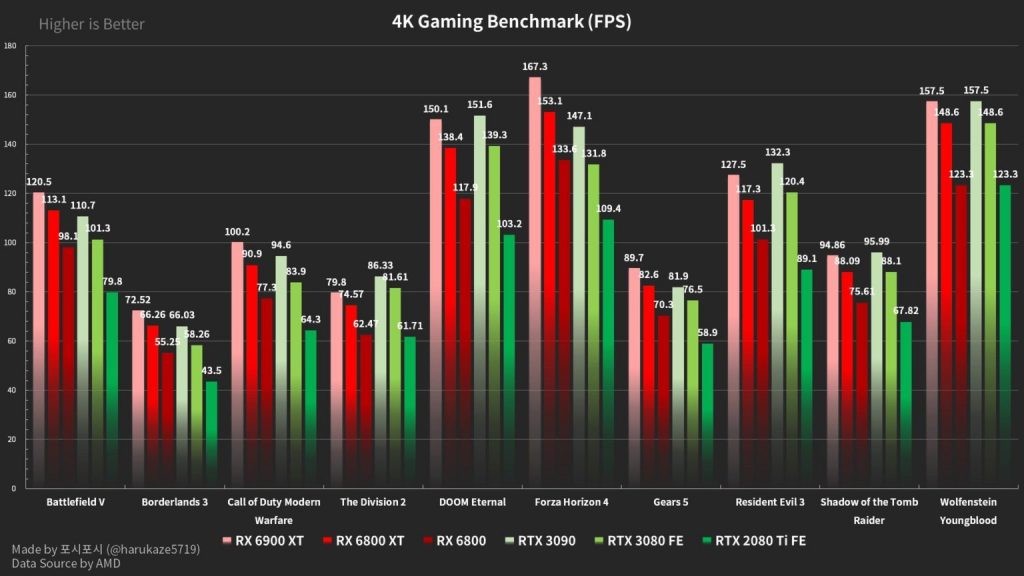 If we consider official benchmarks from AMD, the Radeon RX 6800 and RX 6800 XT performance will be equal or better than the RTX 2080 Ti and RTX 3080 respectively, and will be available on April 18, November. These will then be followed by the RTX 6900 XT for $ 999, and its performance will be equivalent to or higher than the recently launched RTX 3090 for $ 1499. All these GPUs will have 16 GB GDDR6 VRAM and will be manufactured with 7nm.

«AMD Radeon RX 6000 Series Graphics Cards are built on AMD’s innovative RDNA 2 gaming architecture – a new benchmark for next-generation consoles, desktops, laptops, and mobile devices – providing up to twice the performance and performance per watt up to 54% higher compared to AMD’s RDNA-based graphics cards. It also includes the new AMD Infinity Cache technology that provides up to 2.4 times more bandwidth per watt compared to RDNA-based architecture designs that used only GDDR6 memory.

Featuring PCIe 4.0 technology for extreme bandwidth and 16GB of GDDR6 memory, the Radeon RX 6000 Series cards were designed to power the most demanding AAA games in 4K resolution at the highest possible settings. “

AMD confirmed that this SKU will compete directly with the NVIDIA GeForce RTX 3080, being cheaper by 50 USD. The RX 6800 XT will retail for $ 649 and will be available on November 18.

The RX 6900XT is a flagship RDNA2 graphics card from the RX 6000 series. This model will compete directly with the GeForce RTX 3090 graphics card. This SKU will feature 80 compute units (5120 stream processors) and 16GB of GDDR6 memory and 128MB Infinity Cache.