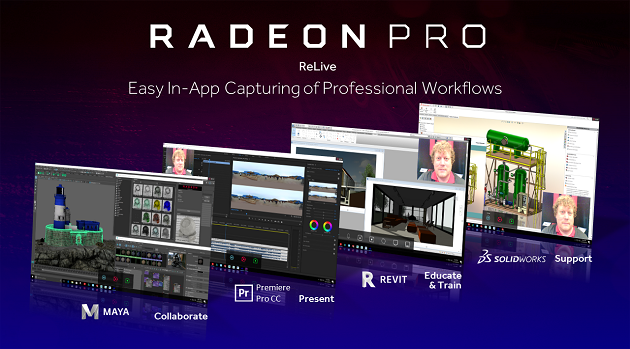 AMD introduced the newest version of the Radeon Pro ReLive Screen Capture Tool, a software designed by the company for their users to easily capture screen recording, gameplays of up to 4K resolution for free.

Back in December last year, AMD introduced the software with its Crimson driver update but it had some issues. However, the company decided to re-introduce the software for its users. According to AMD, the Radeon ReLive Screen Capture Tool is not limited to gaming only, and can be used for recording professional workflows as well. The description of the program reads;

The screen capture tool is free to use and requires no registration process, while captures full desktop, records the gameplay of up to 4K output running at 30 frames per second and records audio at up to 320 kbps. The tool supports GPU-accelerated AVC (H.264) and HEVC (H.265) encoding and is compatible with the AMD FirePro W series, excluding the AMD FirePro W2100 and Radeon Pro WX series products.

Check out the video shared by AMD below;

The software can be downloaded from here.