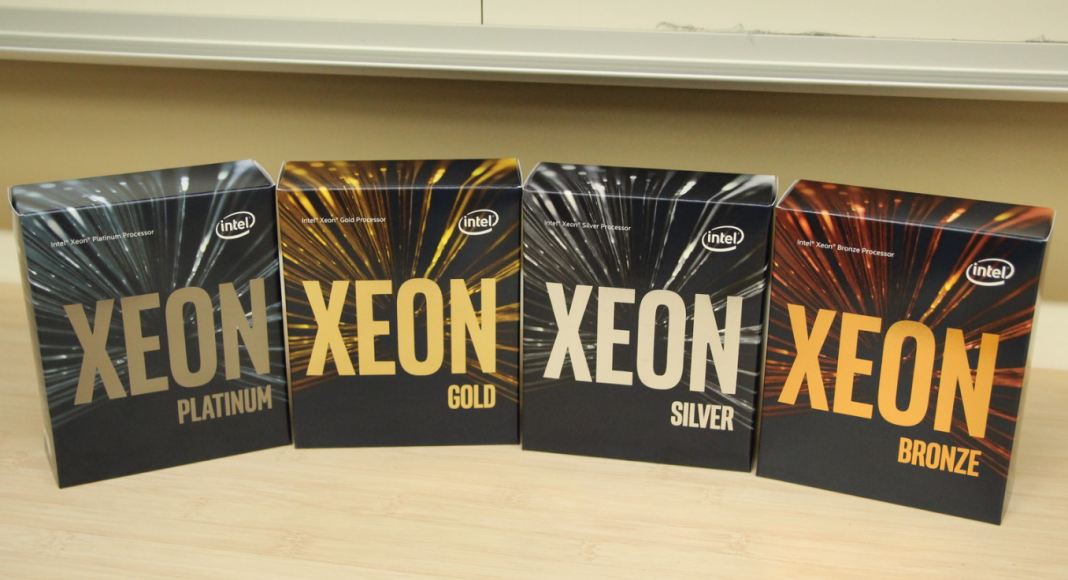 According to official slides from Intel camp, the new AMD EPYC server processors are nothing but 4 Glued-together desktop processors, something that is intended to leave the competition in bad places, totally meaningless. 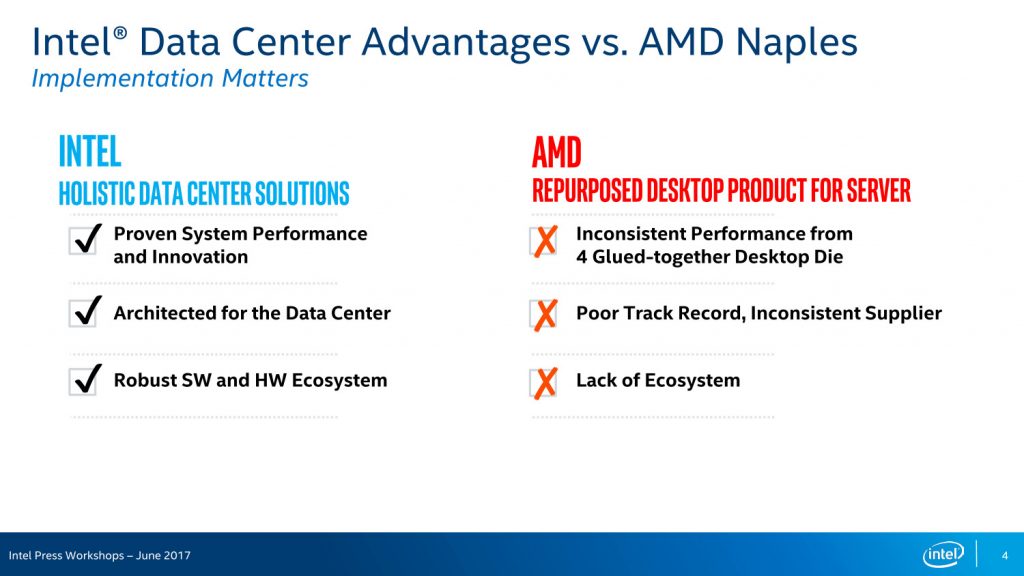 It is true that the architecture of the AMD EPYC processors can cause an inconsistent performance in some utopian scenario, and in certain cases it could increase the latencies, although equally it is also true that with a good optimization of the software to be run in the machine, this will not happen. 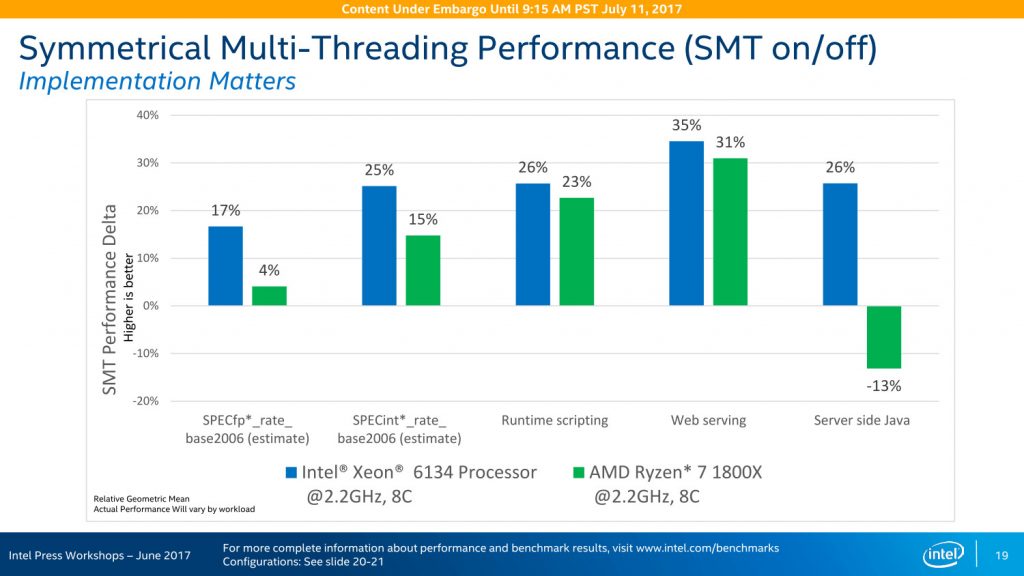 But what is laughable is that they dare to compare (in the above graph) a processor like the Intel Xeon 6134 with the AMD Ryzen 7 1800X, both models of 8 cores / 16 threads. Yes, they have the same number of cores and at the same frequencies and Intel processor is superior, but in terms of price and performance comparison things are different because option from the blue giant will cost you more than 2,000 euros and the AMD is on sale for around 500 Euros. If the comparison were fair, we would be comparing the 1800X with perhaps an Intel Xeon E5-2620 or E-2630, models that are far from yielding like its big brother.

To make matters worse, the new generation of AMD processors has been more power efficient than the Xeon range from Intel, so it’s another losing battle.

W1zzard over at techpowerup had this to say regarding AMD’s latest CPUs:

“The SenseMi power-management system seems to be working well in idle, with the 8-core machine drawing the same amount of power as Intel’s quad-core “Kaby Lake” machine.”

“At stock speeds, the energy-efficiency of Ryzen is truly phenomenal. Prime95 loads all cores and threads on the chip, and the Ryzen ends up with as much power draw as the quad-core Intel i7-7700K. The high power draw result of the overclocked chip is due to the increased voltage needed to achieve stable operation.” 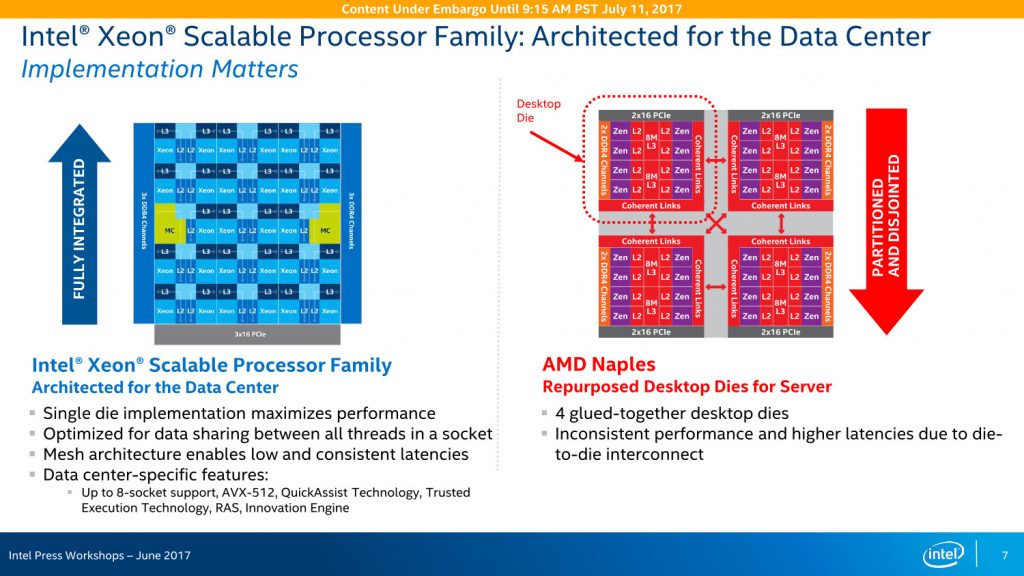