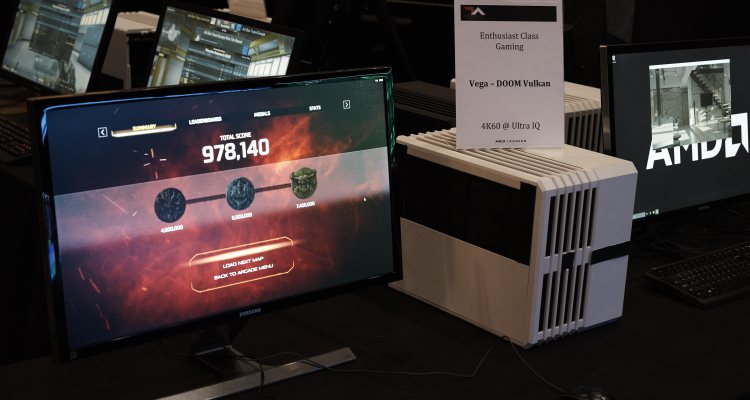 Last Saturday, AMD held an event where several media folks attend a preview of the AMD Vega GPU. While the specifications of this GPU were not specified, but AMD demonstrated its new GPU running DOOM with Vulkan API  on 4K resolution at 60 FPS with Ultra preset (no Nightmare).

This unknown GPU was identified as “687F: C1” device, the same that appeared a few days ago with the AOTS benchmark throwing the same performance as the GeForce GTX 1080, knowing this time that the graphics card mounted 8GB HBM2 memory @ 500MHz  giving a bandwidth of 512 GB / s. This AMD Vega graphics card will also be the forefront in terms of floating point performance: 25 TFLOPs (FP16) and 12.5 TFLOPs (FP32, single precision), compared to 11 TFLOPs (FP32) of the GTX TITAN X Pascal.

Below you can see benchmarks of the new Vega device, with Vulkan API it would give the GeForce GTX 1080 level performance, but it does not mean that other games have similar performance with DX 11. AMD is expected to announce this possible “Radeon RX 490” next to the Zen processors  tomorrow. 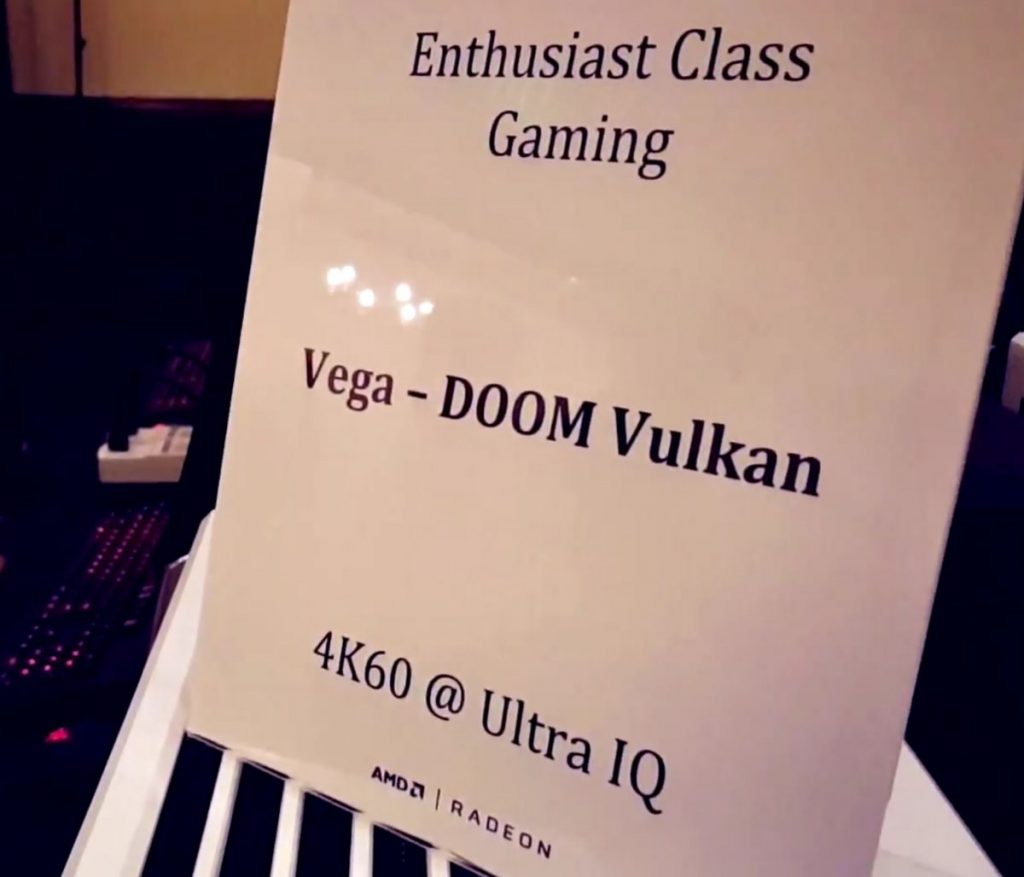 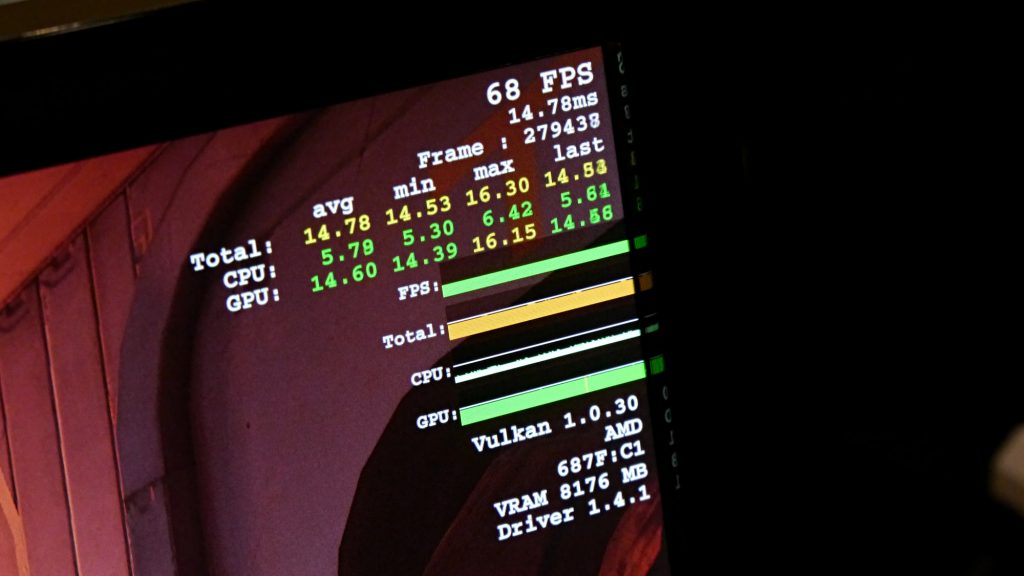 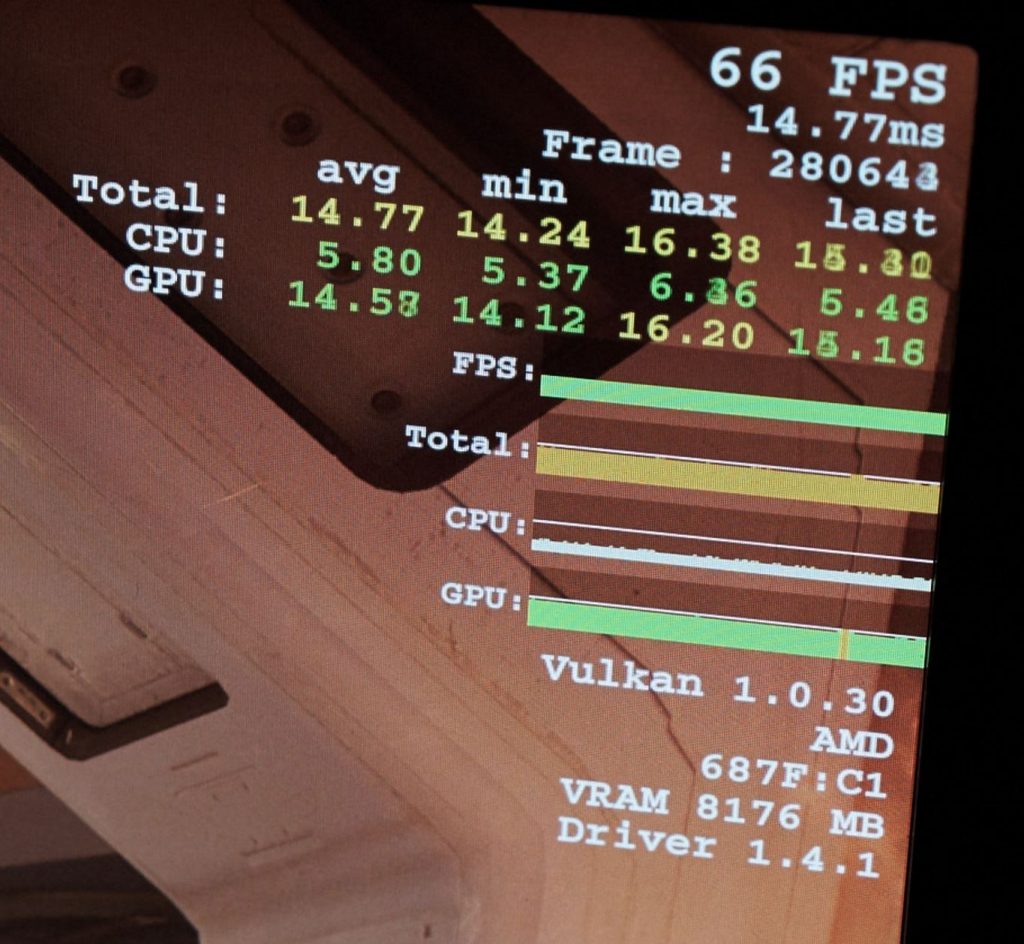 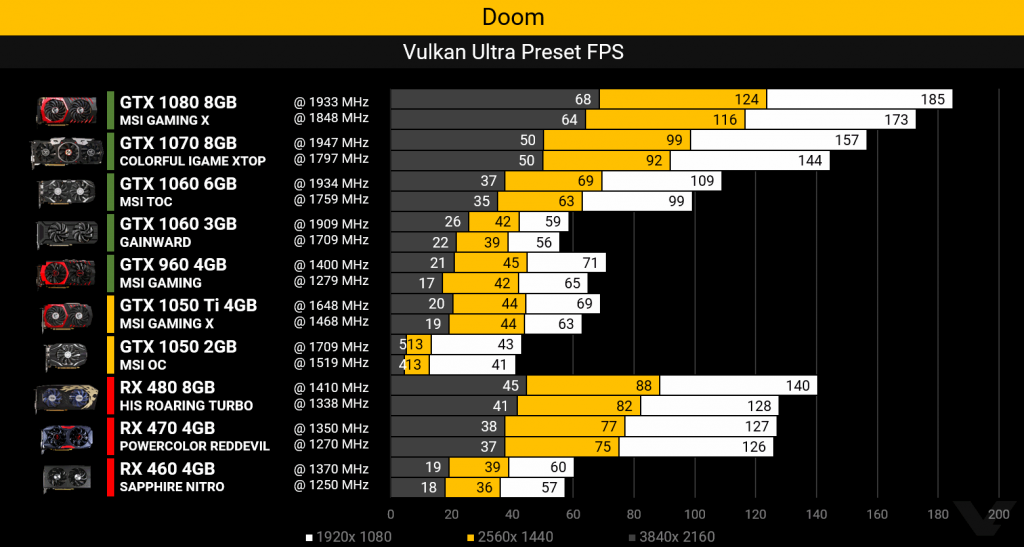