Home News AMD Announces Radeon Rays 4.0; RayTracing Technology That Will Not Be Proprietary 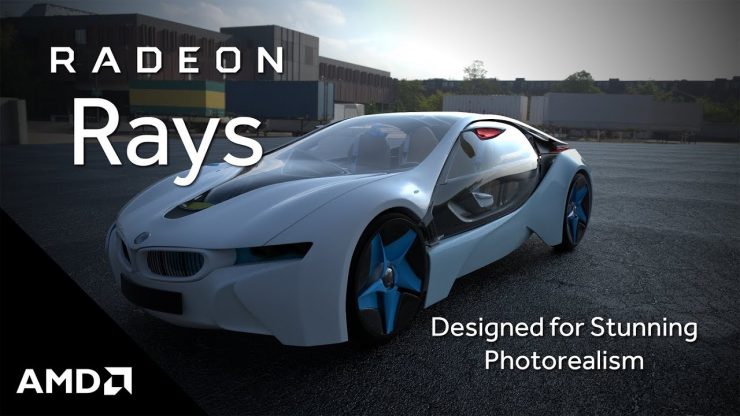 Earlier this week, AMD announced the addition of four new graphics technologies through its open source GPUOpen, but far from the improvements implemented in the FidelityFX suite the company also released Radeon Rays 4.0 with the already popular RayTracing. Radeon Rays 4.0 will be widely used in next generation consoles.

The ray-tracing library, formerly called FireRays is part of AMD’s ProRender software suite. However, before, it could only run on the CPU, which was a major limitation. Now, with the first AMD RDNA2 GPUs already confirmed to introduce hardware support for ray tracing, Radeon Rays 4.0 finally introduces BVH optimization for GPU-specific access, and this will require the use of the main low-end APIs. DirectX 12 from Microsoft, Vulkan from Khronos and Metal from Apple. 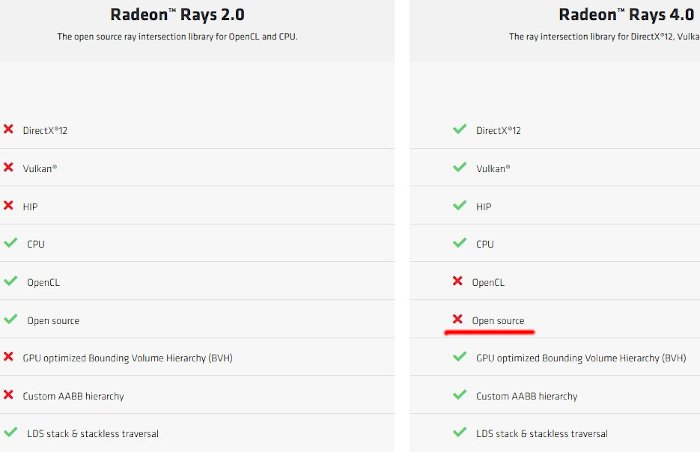 It also supports the Heterogeneous-Compute Interface for Portability (HIP), which is AMD’s C ++ parallel computing platform, the equivalent to CUDA from Nvidia.

However, the new version does not have support for Open CL, Radeon Rays 4.0 was previously advertised as not being open-source despite the fact of being part of GPUOpen but after complaints from various users, AMD decided to partially solve the problem, which meant that Radeon Rays 4.0 will continue to be open source.

Guide the construction of the Bounding Volume Hierarch (BVH) by providing a custom AABB hierarchy for your scene.

Select from several different API backends to make sure Radeon Rays 4.0 can integrate seamlessly with your existing application.