A website named VideoCardz have published specifications of Nvidia’s Next generation Quadro M6000 professional GPU along with Maxwell GM200 GPU. Taking specifications correct, then the GM200 should be a very powerful GPU.

There was a rumor in the air that GM200 GPUs will be 30% faster than previous Gen GTX 980, now it seems legit as GM200 features 33 % more stream processor than the GM204 found on the GTX 980, so we can expect 30% performance boost.
As per few reports Nvidia is going to unleash their GM200 beast GPUs somewhere in February or March and most possible these new beast will be on showcase at CES 2015. But it’s interesting to see how production issues impact the release date of GM200.

You may like to read: NVIDIA Titan 2, AMD Fiji 380X and Bermuda 390X Leaked Benchmarks 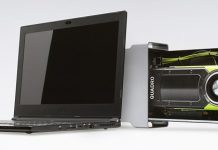