ADATA unveils SSD NVME with Marvell sata controller, which offered a PCIe 3.0 with awesome speeds of up to 3 GB/s, 2 terabytes of storage along with a PCIe-x 1 interface.

Pictures demonstrated that the ADATA SSDs NVME offered a 2.5-inch chassis with a SFF-8639-connection which has given the name of SR1020. As ADATA declared in a statement that the SSD will based on the Marvell controller with the code name Eldora. Under this name the 88SS1093-Controller will perform very well, whose performance already demonstrated at CES along with a prototype. Although, it is an important thing that it will be revealed with four PCIe 3.0 slots which acquired almost 2.9 GB/s.

ADATA is also focusing on its on its new SSD SR1020 to enhance its performance, which has a speed of 3,000 MB / s. The physical interface possesses PCIe 3.0 x 4 although, the logical interface possesses AHCI or NVMe. The memory belongs to the type of MLC and offered Micron’s 16-nm generation. In the second half of the fast Enterprise of SSD which will discharge later on. The company is not leaking any additional information regarding to it.

It is the first time that an SSDs operated with PCIe 3.0 which provides you an awesome speed of up to 985 MB/s which is far speeder than traditional  SATA SSDs. ADATA also revealed that its Marvell sata controller is constructed with a new technology named as Artemis2. The 88SS1093-Controller will be available in the market in December. It is also revealed that the chip does not need an additional DRAM cache.

Well, all the new SSDs that release later on this year will operate with PCIe 3.0 which is an important point. Cheap SSDs are accessible with TLC NAND Flash,  so it’s SP550 and SP560 case comes with ADATA upcoming series. Both the suppliers utilizes Micron’s recently announced 16-nm TLC Flash and wanted that they become the first suppliers who has launched this product on the market. According to ADATA that in this type of memory, a pseudo-SLC cache provides you a better enhancement.  The SP550 is equipped with Silicon Motion’s SM2256 controllers, while the SP560 will come on Marvell’s “Dean Controller” features.

In addition, ADATA will also introduce its new SATA SSD SX930, which they can’t declared in its statements. Unfortunately, the specs of SX930 was already leaked previous year at the Computex that it will come with SandForce controller and  along with an impressive 2 TByte of storage. Therefore, the ADATA had decided to change its specs totally which had first leaked by Techpowerup. That is why the users should wait for it. 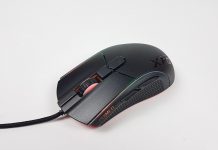 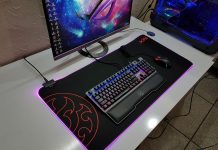