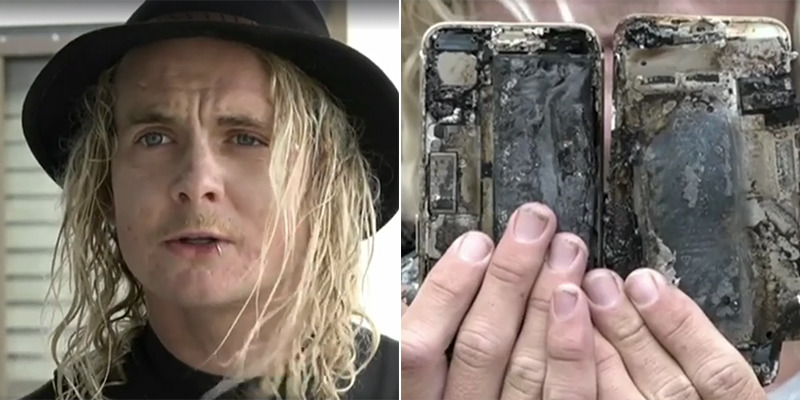 Not long ago a person had claimed that his iPhone 7 had exploded while he was recording a video on it. However, that incident wasn’t the first in line it followed another incident in which the phone exploded in a students pocket. Both of the incidents have been covered with immense detail in this article. Following the two explosions, we have another one in Que. A surf instructor, Matt Jones from Sydney has claimed his new iPhone 7 exploded into flames inside his car.

He said that he left his one-week-old phone underneath a pile of clothes in his car while he was taking a surf lesson. By the time he was finished, and returned, his car was full of smoke and one of his pants were on flames. He grabbed the trousers and threw them onto the ground as smoke billowed out of the car.

“As I look into my car you could not see inside the car. All the windows were just black, A big heatwave came out of the car.”Ash was coming from inside the pants. Once you unwrapped the pants, the phone was just melting inside of it.” Told Matt To 7 News

“Here’s the phone – total burnout,”Matt can be heard saying in the recording.

Matt claims to have bought the phone a week before the unfortunate event and that he has not damaged it or used a dodgy charger either. An Apple spokeswoman told Daily Mail Australia that the company was in touch with Jones and that it had launched an investigation.It is possible for lithium-ion batteries – the kind that is present in the iPhone 7’s – to catch fire when exposed to heat.

Nowhere is safe the trend has returned from The Samsung Note 7 to the iPhone 7.
Let us know what you think! 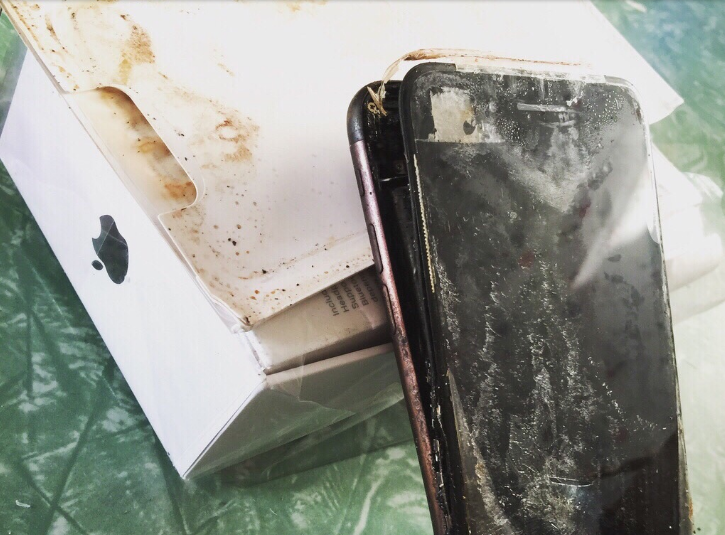 iPhone 7 Explodes On Man’s Face While Recording A Video

Is The iPhone 7 Really Worth Its Price Tag?