Horizon Zero Dawn is now available for pre-load and you will be able to enjoy it from tonight in North America. While some of you will be downloading it, I believe it is the right time to outline 10 interesting facts you should know about the most awaited game of 2017. 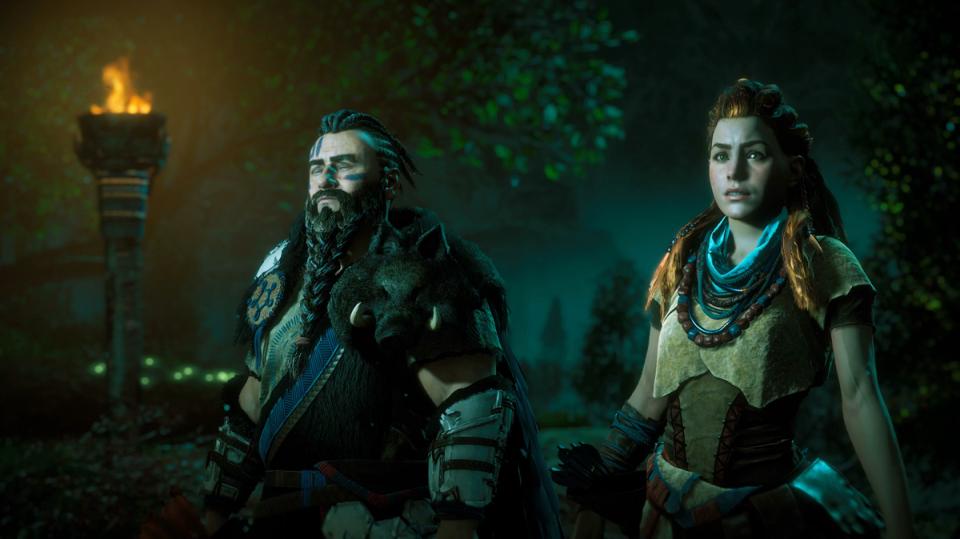 Horizon Zero Dawn takes place 1000 years into the future in a post-apocalyptic world where robotic machines like dinosaurs dominate and there is sort of infection which is corrupting machines and forcing them to be more aggressive and humanely dangerous and meanwhile the whole humans divided into tribes and on the other hand machines become more and more powerful. You are on a quest to find out what happened to humanity and why the rest of humans abandoned the planet.

Aloy a young woman is our main protagonist in Horizon Zero Dawn and she is on a quest to discover her destiny among the remnants of the ancient past. She was cast out of the tribe for not having the mother and then she was raised by another tribe name Rost. The aloy has learned to harness her agility cunning and deadly aim to hunt down the machines defend against rival tribes and survive.

Developers of Horizon’s Guerrilla Games, the team behind the Killzone titles are new in the RPG genre, after the release of Killzone 3, the team wanted to create something new so 40 different ideas pitched in and out of them Horizon Zero Dawn was the risky idea for guerrilla games.

Approximately 20 different stories were written for Horizon Zero Dawn and the story mode is the main focus of the game, no multiplayer at all. Right now the Story seems to be pretty nice and even more longer than normal RPG titles these days, so you can expect a longer and interactive story mode to wet your hands with.

Horizon Zero Dawn is a pretty massive game and games with massive open world often worry players about loading time because that sucks, you will be happy to hear that in Horizon Zero Dawn there is no loading screen which is defiantly awesome.

The world of Horizon Zero Dawn is expected to be huge or may be even bigger than The Witcher 3. As for now there are three known biomes, the desert, the tundra and the outline. All of them will be fully explorable and this makes the game even bigger than expected. Besides the huge map there are also main and side quest, which makes the whole game fun to explore.

You will have access to a huge arsenal from basic weapons and traps to highly custmizeable weapons, the game will start with the basic weapons like arrows and sword, later Aloy our main protagonist will improve or customize each and every weapon. Aloy has the ability to collect parts of the dead machines and use them to upgrade weapons as well.

The Horizon Zero Dawn will have multiple type of enemies to hunt you, including futuristic dinosaurs, watchers and rival human tribes. Battles in the game will be done in this manner! Prepares, engage and escape, all of this depends on your taste, either prepare and fight or just step into the fight, trap those machines and escape.

Most of the tribes in horizon zero dawn are lost, you only know about your tribe, so finding those lost tribe is a fun thing and you can also make them your friend by helping them inside or main quests. Some of them are easy to find while others are so hard to find in different conditions, but still worth bearing pain to find peoples to be friends.

Aloy was forced to leave her tribe base and from that time she had a thirst to know about herself as I mentioned earlier, she is a good learner, she is the only one in her tribe who knows about machines in comparison to others in the tribe. Also, she is the first one who knows how to override the machines and tame them to use them as ride.